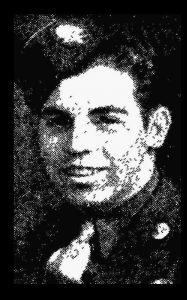 A picture of Hector Duquette

After 20 years of searching off and on for the family of 82nd Airborne Division, 505 Combat Team Paratrooper Hector Duquette who was KIA in Holland, I finally contacted them. They had no idea that he is considered a Hero in Holland for his actions that led to the death of many enemy soldiers. His actions also saved the lives of many of his fellow paratroopers…  We are still looking for the families of the other 30 paratroopers that we could never find. I will be posting their names and what part of the country they enlisted from.